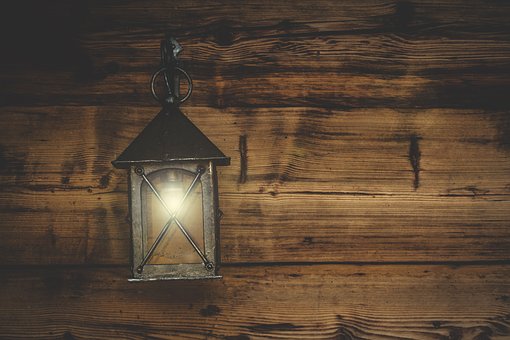 “The Lord is coming, always coming. When you have ears to hear and eyes to see, you will recognize him at any moment of your life. Life is Advent; life is recognizing the coming of the Lord.”  _ Heri Nouwen

The season of Advent celebrations has begun.  The term, “Advent,” means “coming” or “appearing.”  We came by our concept of an advent celebration from the Latin term, “Adventus,” meaning to appear.  In the Latin translation of the New Testament, “adventus” is how the Greek term for an appearing or coming is rendered.  Seventeen times it was to speak of the second coming of Christ, but never of the incarnation at Bethlehem.

Traditionally, there are three understandings to the concept of the Advent or coming of Christ Jesus to us. The first is the coming of Jesus to earth as a baby – what we call the Incarnation – and what our Advent celebrations is about today. The second is, as Bernard of Clairvaux described it, the celebration of the “coming” or advancement of Jesus in our hearts every day, the living union with have with our God. The third meaning refers to the coming return of Jesus in glory to judge and rule over the earth and its people, a kind of final installment of the appearing – the final advent – of Jesus.

The Advent of Jesus, His incarnation as a fully human being encompasses so much more than the traditional story of the birth of Jesus.  There is a deeper, life-changing purpose to the story for those who choose to follow Christ.  It is about the birth of the Christ child who will become “Christ in you, the hope of glory.”

There are more than 200 prophesies in the OT relating to the incarnation of Christ Jesus.  Taken together these prophetic passages point toward the Atonement, the announced reason for the appearing of Christ Jesus.  The death of Jesus the Messiah on the cross for us is the hinge-point of all of human history.  By this act of atonement, everything that is true of a right relationship with our God, everything that is true of the Kingdom of God has been made possible and available.

Before the earth and its inhabitants were created, it was determined that in Christ we would have redemption from sin and death, grace for living, restoration to union with our God, and so much more.  And all of this comes only because of the atonement, the death of Jesus on the cross.

The Advent season and Christmas, then, are celebrations of the atonement.  The Advent started an incarnation that had to lead to a grisly death of an innocent person who was also the eternal God.  He who was the source of all being became a created being.  Christ, the expression of an inexpressible God, had determined to die so that we might be made one again with our God. Here we have the most basic meaning of the word, “atonement.”  At-one-ment.

Christmas is not about a God who loves us so much that He simply overlooks our sinful condition.  Our salvation is not based upon a kind of “boys will be boys” approach to sin and guilt.  The atonement is necessary because of the righteousness, holiness and purity of our God.  Sin is such an anathema to Him that only the death of someone as pure as Himself could make a way for us to be restored to Himself.

The atonement to which the advent points was a costly, bloody affair initiated by a righteous yet generous, loving yet holy God.  And it was initiated against Himself on our behalf.    This atonement is the enormous tragedy leading to our salvation. It is the only ground of our standing before our God.

Hear what Andrew Murray said about this atonement: “Beware of the pleasant view of the fatherhood of God: God is so kind and loving that of course He will forgive us. That thought, based solely on emotion, cannot be found anywhere in the New Testament. The only basis on which God can forgive us is the tremendous tragedy of the Cross of Christ. To base our forgiveness on any other ground is unconscious blasphemy. The only ground on which God can forgive our sin and reinstate us to His favor is through the Cross of Christ. There is no other way! Forgiveness, which is so easy for us to accept, cost the agony at Calvary. We should never take the forgiveness of sin, the gift of the Holy Spirit, and our sanctification in simple faith, and then forget the enormous cost to God that made all of this ours.”

The Advent is about the plan of God for the coming of the atoning sacrifice chosen before the world began. The Advent of the Messiah was the appearing of the holy sacrifice of atonement required to establish peace between our God and us.

Michael Joseph Brown said, “God’s movement is often abrupt and unsettling rather than predictable and settling.”  The Advent of Jesus our sacrifice was to the world an abrupt and unsettling event.  Our celebration of the Advent season needs to have a sense of unsettling disquiet to it.  The advent we celebrate is pointing to the tragedy of the cross.  We cannot ignore this fact, for it is the clear purpose of everything we will be celebrating.  If we ignore the cross and the atonement, we are celebrating something other than the appearing of our Savior.

The only hope for peace, goodwill, and joy on earth rests squarely on the atonement and on nothing else.  As we prepare to celebrate the Advent of our Savior, let us solemnly remember the seriousness of the cost of our salvation.