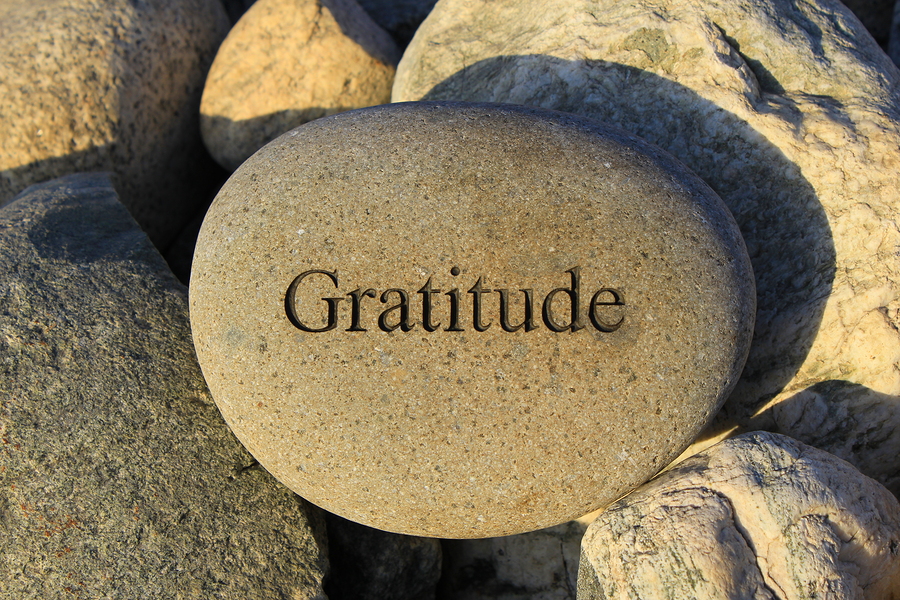 “Gratitude is the energy of faith.” – William Arthur Ward

“The most important prayer in the world is just two words long: Thank you.” – Meister Eckhart

“On the way to Jerusalem Jesus was going through the region between Samaria and Galilee.  As he entered a village, ten lepers approached him. Keeping their distance,  they called out, saying, “Jesus, Master, have mercy on us!”  When he saw them, he said to them, “Go and show yourselves to the priests.” And as they went, they were made clean.  Then one of them, when he saw that he was healed, turned back, praising God with a loud voice.  He prostrated himself at Jesus’ feet and thanked him. And he was a Samaritan.  Then Jesus asked, “Were not ten made clean? But the other nine, where are they?  Was none of them found to return and give praise to God except this foreigner?”  Then he said to him, “Get up and go on your way; your faith has made you well.”  – Luke 17:11-19.

In this familiar account of Jesus meeting the ten lepers, nine go their way to be observed by the priests.  I have no doubt that these nine were healed.  Yet one of the ten, upon seeing that the healing had taken place, returns to Jesus, thanking Him for the healing.  Interestingly, this man was a Samaritan, an outcast according to the Jews because of his race.  A double outcast because not only was he a Samaritan, he was a leper.  Lepers were unclean, and had to distance themselves from the rest of the population.  They could only interact with people, even their families, from a distance, and only briefly.

The nine were apparently Jews, people who because of their religious orientation should have been the first to be thankful.  They were not. The Samaritan, because of his outcast status, was the most likely to be an ingrate.  He was not. Instead, in his gratitude he prostrates himself on the ground in a clear act of worship reserved only for God.  The only time we see this kind of worship is when people are aware they are in the presence of God.  Like Moses at the burning bush, or Gideon on the threshing floor.  Jesus acknowledges both the thankfulness and the faith of the man. “Get up and go on your way; your faith has made you well.”

Could it be that the most clear and obvious indicator of quality of our faith is our gratitude toward our God?  Could it be that if we have little thankfulness, it is because we have weak faith in His ability and desire to work for our good?  James tells us that “Every good gift and every perfect thing bestowed comes from above, from the Father of lights, with whom there is no variableness or shifting shadow.”  When we fail to recognize our God as the source of all good, we will begin to give the credit to others, often to ourselves. We are not walking by faith when we do this, we are walking by sight.  And our sight is dim.

It is a matter of weak faith when we fail to recognize or acknowledge that our God is active in all the affairs and events of our daily living.  It is so easy for us to think that we are on our own in the world, and that things just happen to us, that life is random, and events happen by chance. So, we walk by sight, not giving our God the credit for the active role He is playing our daily living.

In this story, the healing is clearly a cause for gratitude. Yet, what if the gifts we receive at times do not seem so good to us?  What about the cancer diagnosis, or the procedure that goes wrong?  What about that financial set-back?  Or perhaps that broken relationship or the child that is always vexing us?  When we walk by sight and not by faith, we will tend to miss the fact that these are also likely gifts to us.  Many times, the most difficult things we encounter are also great gifts to us.  It is in these difficult times that we can walk the closest with our God.  We have the chance to see Him do some of His greatest work in us.  We get to be a part of something that will bring great honor and glory to our God.  Thus, the old saying,  “The optimist says the cup is half full, while the pessimist says it is half empty.”   The grateful child of God says, “My cup runneth over.”

“The best way to show my gratitude to God is to accept everything, even my problems, with joy.” – Mother Teresa of Calcutta

In this story, it is likely the Sarmatian did not see his leprosy as much of a gift or opportunity. I am guessing he did not receive this disease with joy.  Little did he know how God would use that disease to grant him healing, or that this event would be used to shape people’s faith for two millennia.  Without faith, it is hard to see good in our difficulties. And it will be hard to be grateful in every situation, and to give thanks even in the hard times.  That kind of gratitude come only from a heartfelt faith in a God who is in control and committed only to our good.

“Earth’s crammed with heaven, and every common bush afire with God;
But only he who sees takes off his shoes; the rest sit round it and pluck blackberries.”